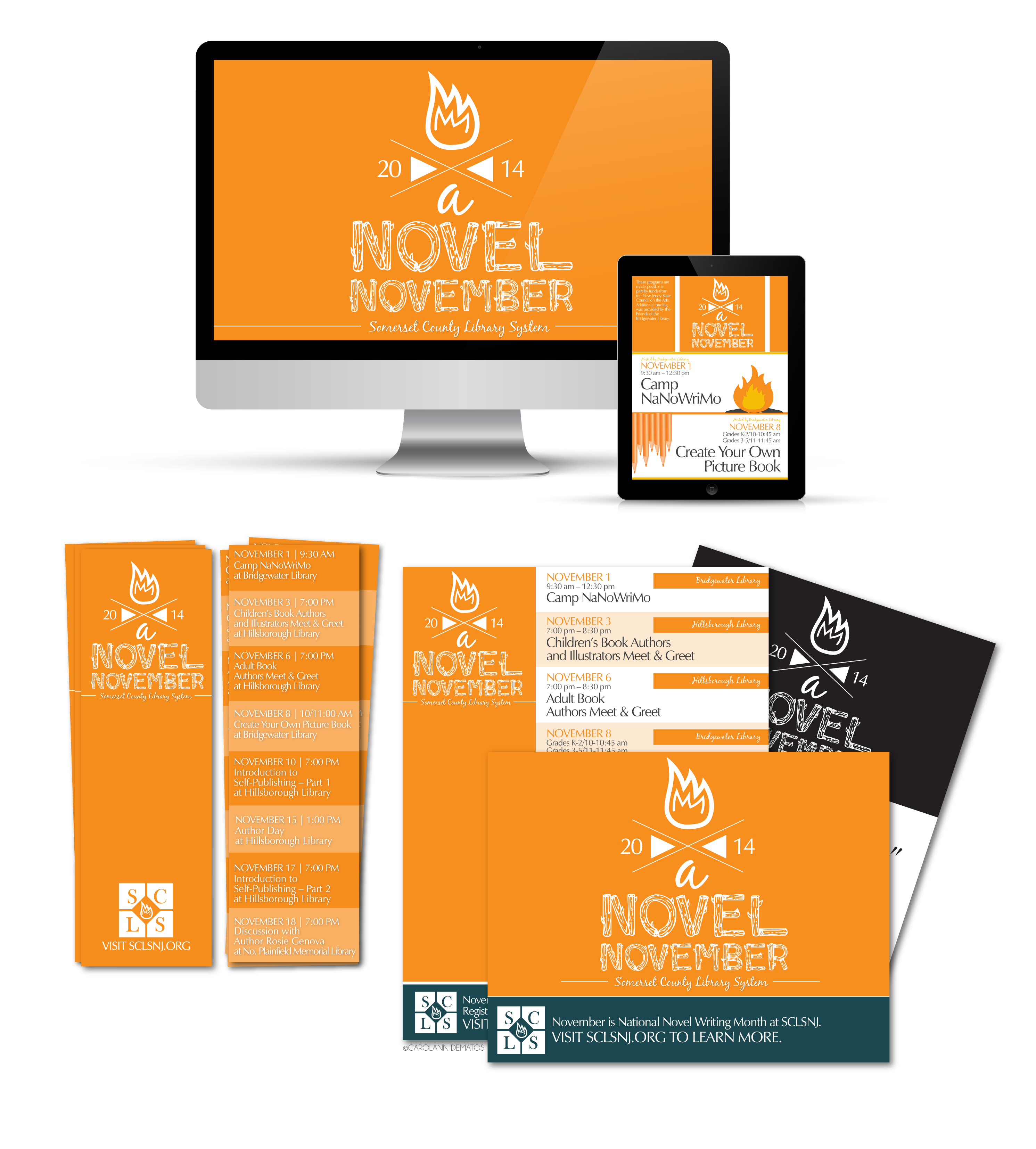 According to non-profit organization NaNoWriMo.org, National Novel Writing Month (shortened to NaNoWriMo) is a “fun, seat-of-your-pants approach to creative writing.” Participants are encouraged to write 50,000-words from November 1 through 11:59 p.m. on November 30.

As the self-publishing movement becomes more commonplace in the world of literature and publishing, it is only natural that a public library would begin to devote program resources to supporting this movement and, thus, the idea of a national novel writing month. 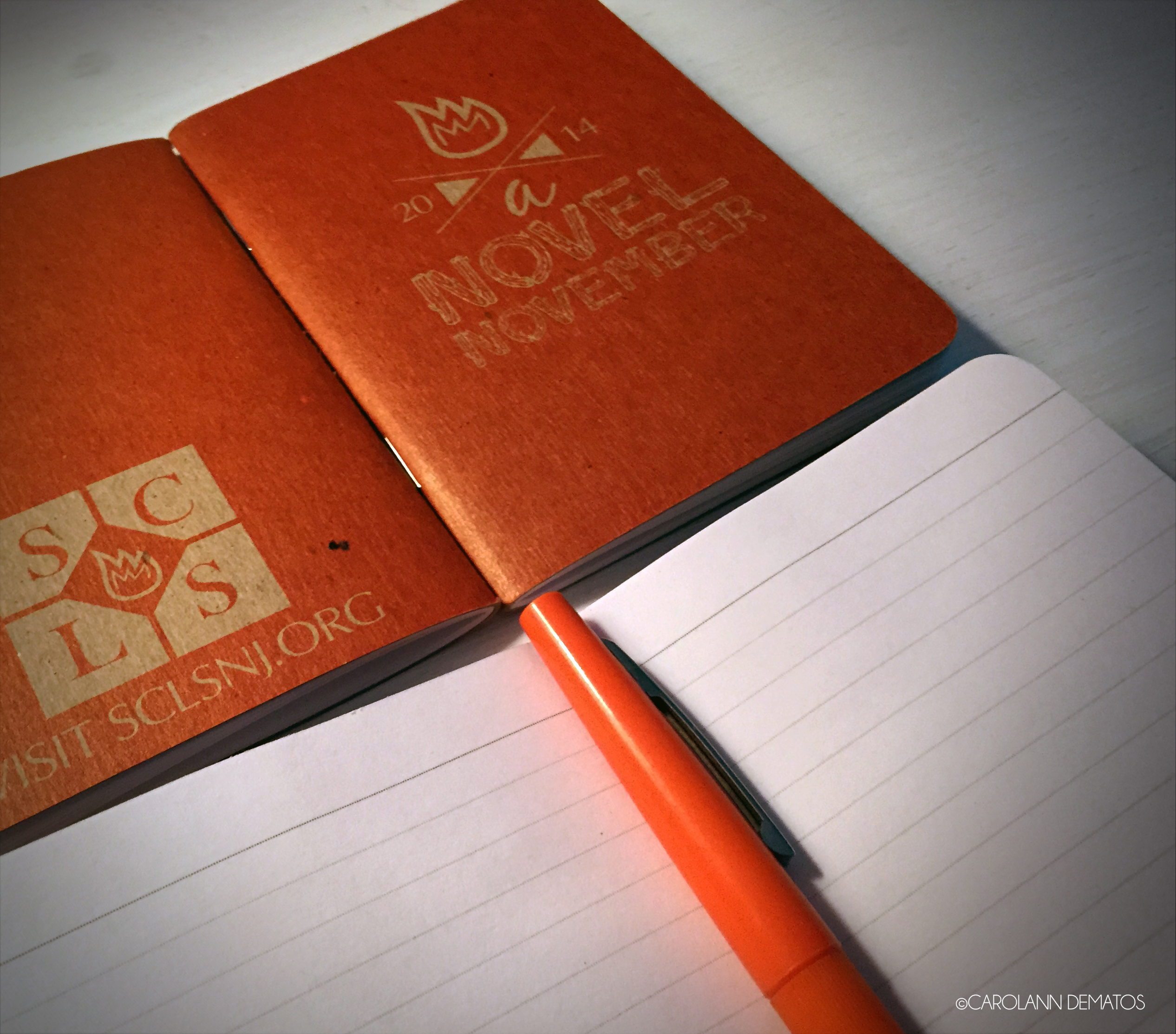 For November 2014, my marketing and public relations department was tasked with creating and promoting SCLSNJ’s own version of NaNoWriMo – which we wittily monikered “A Novel November”. The promotion goals were to bolster the NaNoWriMo movement in addition to further endorsing the comprehensive programs and resources offered at SCLSNJ. 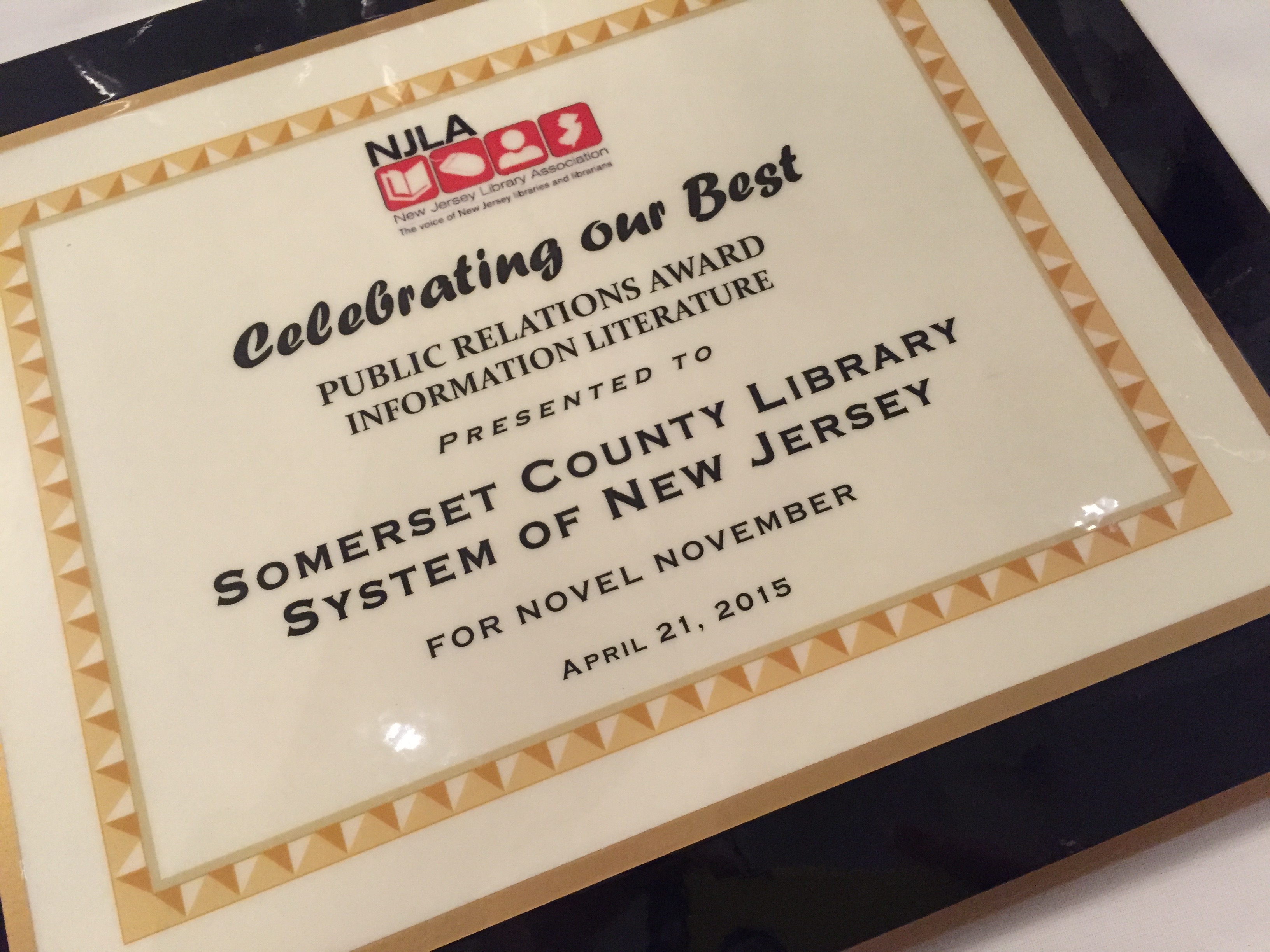 In April 2015 the Somerset County Library System of New Jersey’s (SCLSNJ) Marketing and Public Relations Department was honored for its innovative and creative materials promoting “A Novel November,” also known as “NaNoWriMo”. The PR award information literature entries were judged on effectiveness of message for target audience, originality/creativity of design, and aesthetic appeal.

Established in 1890, the New Jersey Library Association (NJLA) is the oldest and largest library organization in New Jersey serving over 1700 members. NJLA advocates for the advancement of library services for the residents of New Jersey, provides continuing education & networking opportunities for librarians, and supports the principles of intellectual freedom & promotes access to library materials for all.

Additional commendations and praise were extended to the Somerset County Library Public Relations and Marketing Department by the Citizens of the County of Somerset through the Board of Chosen Freeholders to acknowledge receipt of this 2015 NJLA PR and Marketing Award: Category – Information Literature. The Citation was signed and presented by Freeholder Director Mark Caliguire and Freeholders Peter S. Palmer, Brian D. Levine, Patricia L. Walsh, and Patrick Scaglione. (Dated April 28, 2015.)